Jane Justice on the Issues and her Record of DOING, not TALKING.

Our way of life hangs in the balance as inflation, high gas and energy prices, a looming recession and crime press down on our families and communities.  We have to rely on our elected officials to do something to help us, but the Democrat policies just keep making things worse.  We are so lucky that we have Governor DeSantis here in Florida!  But he can’t do it alone, and Jane Justice is running to be a RELIABLE supporter of his economic agenda and every other policy issue.  Jane Justice is with the Governor 100%.  Unlike her opponent, Jane will not side with House “Leadership,” lobbyists, special interests or insiders against the Governor.  The Governor has been on the right side of every issue.

You will hear a lot of talk about what lawmakers say they are going to do, including the opponent, but Jane Justice already has a proving record of DOING.

Don’t fall for the talk talk talk.  Get things done with Jane Justice. 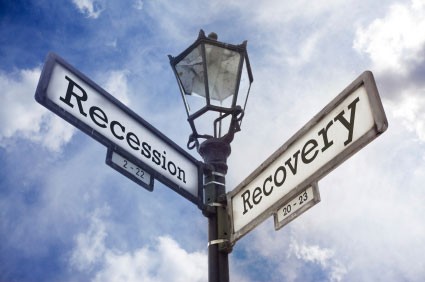 Governor DeSantis has been doing a great job keeping Florida Free and Prosperous!  Florida is doing so well compared to other states because the Governor FOUGHT THE MASK MANDATES AND INSISTED ON KEEPING BUSINESSES OPEN!  Jane Justice supported the Governor in this effort, protesting at the County Commission and at the School Board, while the Opponent joined the DEMOCRATS and CRITICIZED the Governor for prohibiting mask mandates.  When the Palm Beach County Commissioners, School Board and others bucked the Governor, DeSantis came down hard on them, and he was right.

Jane Justice will back the Governor EVERY TIME, not just when the Democrats agree with him.

You can count on Jane Justice to take bold action to improve the economy and back the Nation’s greatest Governor EVERY TIME.

Jane Justice will work WITH the Governor to: Some people say, what can a state representative do about gas prices?  Eliminate the GAS TAX!  Do you know that Florida now has an historical surplus of almost 22 BILLION?

Jane Justice thinks its time to suspend the gas tax.  Right now!  And not just by a quarter a gallon.  Big deal.  Florida has the 8th highest gas tax in the country at 43.5 cents per gallon (as a percentage of the price per gallon).  The average Florida driver drives 13,315 miles a year—at an average of 20 miles per gallon that’s a savings of almost $300 per year!  That’s $300 you could buy groceries with or pay for your prescriptions.

With this huge surplus, isn’t it high time we cut the gas tax, at least for the time being?  Jane says YES! Have you noticed how politicians never talk about helping people with their problems, which is known among elected officials as “constituent services?”  The opponent is given a local office at taxpayer expense, but who is he helping at the local office?  He never mentions helping people.  Venture to say that if he were actually helping anyone, he would let people know.

Jane Justice has a RECORD OF SERVICE to her community.  From attending Honor Flights, pictured above, to visiting the elderly in memory care, to her stint as recreational director in nursing homes, and her ministry outreach in prisons, you can rest assure that Jane will be there for the voters to help them with their problems and to navigate through the red tape facing many seeking government solutions.

Jane Backs the Blue and

Many people rely on Jane’s can-do attitude, and you can depend on Jane to provide that same spirit and energy to helping people, because that’s what being a public servant is all about. 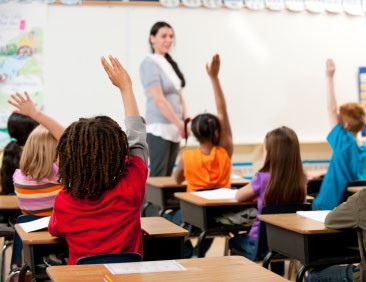 While the Opponent was getting chummy with radical leftist union leaders watching parents be mistreated by the Palm Beach County School Board during the mask mandate, CRT and indoctrination scandals that came to light during the pandemic, Jane Justice was fighting for the children and parents, something she has been doing for years!

Jane was at the vanguard of the school book project five years ago, one of Governor DeSantis’ initiatives, combing through schoolbooks to eliminate the sexualized content, and warped sociology, radical leftist indoctrination, bad science, incorrect history, and anti-American bias contained in the books our children are reading in Palm Beach County.  This project continues and is a big success.  During the pandemic, Jane Justice confronted community leaders, County Commissioners, the School Board and even the Opponent himself to stop defying parents’ rights, stop masking the children, and stop indoctrinating them.  Met with resistance at every turn, the parents, some of whom were arrested for no valid reason, turned to the Opponent for help, and THE OPPONENT WALKED AWAY, LAUGHING ARM IN ARM WITH A RADICAL UNION REPRESENTATIVE WHO WAS ADVOCATING FOR MASKS AND “EQUITY,” OTHERWISE KNOWN AS CRT.  Ask anyone who was there.  When everyone with common sense was against the masks, the Opponent joined the Democrats to continue to advocate for mask mandates!  To add salt to the wound, the Opponent now claims credit for lifting the mask mandate.  Such a typical politician.

Jane Justice will fight for more dollars to be spent on our children’s education.  She will fight for a better teacher to student ratio and fight to reduce the number of non-teaching administrative positions, which are burdening the system and do not provide direct services to the students.

Jane Justice will propose legislation that requires the County to spend more per student on direct student services and teachers, linking budget increases to direct value added increases to students, so that students get their fair share of the tax dollars, and fewer tax dollars get wasted.

You can count on Jane Justice to continue to be a dependable voice for children and their educations, their health, and their rights! Jane Justice will propose legislation to propose that we have single day in person voting using paper ballots!  The current lawmakers are just putting band-aids on a broken system.

JANE has been at the Riviera Beach Ballot Counting facility observing for several elections, and is DETERMINED to fix it by making it more transparent, eliminating mass vote-by-mail balloting and requiring identification to be presented with a vote-by-mail ballot.

YOU HAVE TO PRESENT ID WHEN YOU VOTE IN PERSON, BUT SOMEONE WHO VOTES BY MAIL DOESN’T?  THAT DOESN’T MAKE SENSE AND JANE WILL FIX IT!

YOUR CONSTITUTIONAL RIGHTS AND FREEDOMS JANE IS A FREEDOM FIGHTER!  And she will fight for your freedoms.  She is a well-known figure to local officials, whom she has buttonholed about their overreaching policies, like masking our children...and the adults too.  She has appeared at many School Board meetings supporting parents and helping them to fight against an autocratic system that favors teachers and administrators over children.

Unlike her Opponent, Jane is a strong and RELIABLE supporter of the pre-born, the 2nd Amendment, free speech and religious freedom.

She is a grassroots activist and active in citizen movements to effectuation change and to protect and preserve our freedoms.

Jane Justice is not silent in the face of oppression or injustice.  Jane Justice is a doer, a fighter, and a tried and true conservative citizen warrior.

Let Jane Justice protect your rights and fight for you in Tallahassee!

To help prevent spam, please answer this math question:
What is 9-7?